Every spring, wineries in Alsace open their doors to regular customers to present the new vintage. If you’re in the neighbourhood, it’s a good opportunity to catch up on what’s cooking at the domaine and/or to stock up the cellar. Recently it was the turn of both Barmès-Buecher in Wettolsheim and Zind-Humbrecht just outside Turckheim. As they’d chosen the same day for their portes ouvertes I could kill two birds with a single stone.

I arrived in the morning for this – my first – visit to the domaine and was made to feel very much at home by the warm welcome. The family’s 17-hectare estate in Wettolsheim, close to Colmar, was founded in 1985 when Geneviève Barmès (née Buecher) and her husband François Barmès brought together the vineyards of their respective families, who had owned vines here since the 17th century. (Note that there are loads of Buechers in Wettolsheim: see also Amélie and Cécile Buecher’s Les 2 Lunes and Jean-Claude Buecher on this site.) In 1998 they began the conversion of the domaine to biodynamics and received certification in 2001. With the untimely death of François in 2011, their two children, Sophie and Maxime, moved quickly to support Geneviève in the running of the estate, with Maxime on the production and vinification side and Sophie assisting her mother in the vineyards and with sales and marketing. 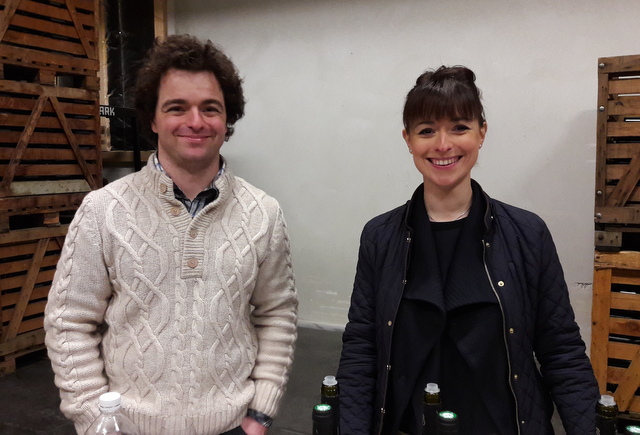 Their vineyards are spread over several sites around Wettolsheim to neighbouring Eguisheim, Turckheim and Colmar. Grands Crus include Steingrubler (“the stone quarry”) in Wettolsheim, Hengst (“the stallion”) in Wintzenheim and Pfersigberg (“peach hill”) in Eguisheim. They also have vines planted in several lieux-dits (named sites) around the village.

At the entry-level end, I liked 7 Grains (€10), described by Maxime as “our Edel[zwicker]”, i.e. a blend of 7 varieties with Gewurz in the lead – aromatic, fruity and fun; and their Riesling Tradition (€12) – very typé, crisp and delish, just the thing to go with an early autumn choucroute. Riesling GC Hengst (€26.50), grown on limestone and clay, facing full south, was predictably a notch or three up, a gorgeous mouthful which I’m planning to hide away for a bit. Gewurz GC Pfersigberg (€24) had the classic rose/lychees nose, round, spicy with a slightly bitter finish – loved it! I’m always interested to try new (to me) Pinot Noirs – Alsace has made huge strides with the grape of late – and found their entry-level PN Réserve (€16) mighty appealing, with a super Pinot nose and true fruit flavours – I actually preferred this young, unoaked wine to the older (2014, 2013 and 2012) and more expensive cuvées.

Zind-Humbrecht is one of the greatest Alsace estates, responsible for some of the finest white wines in the world. The introduction to the 2015 vintage (by appointment/invitation, as for all visits here) began in the afternoon and was predictably well attended by a mixture of wine writers, off-duty sommeliers and faithful customers. The estate has 40 hectares scattered widely from Hunawihr in the north (the famous Clos Windsbuhl is here) to Rangen above Thann in the south. Created in 1959 when Oliver Humbrecht MW’s parents pooled their vineyard resources, the estate was one of Alsace’s pioneers of biodynamics, of which Olivier is a passionate and articulate ambassador.

Terroir – which arguably reaches its fullest expression under a biodynamic regime – is all, at this estate. Thus, each of the four tasting tables is devoted in turn to wines from four different terroir ‘families’, on the basis that the place where the wine is grown will have a crucial influence on the eventual outcome – perhaps even more than the grape variety. Thus there were tables for wines grown on gravel and granite, volcanic and two different limestone epochs. At any one of the tables there could be Riesling, Gewurz, Pinot Gris or Muscat, even – in the case of Zind – a blend of Pinot Auxerrois and Chardonnay.

Table 2 was especially interesting, all the wines coming from the Grand Cru Rangen volcanic vineyard – unique in Alsace, though typical of the Kaiserstuhl vineyards across the Rhine. It was the first time I’d met the “Roche” range of labels, more modern and with a graphic depiction of the terroir in question, and distinct from the classic ZH labels with coat of arms and cursive script. Standouts for me in this range were the Riesling Roche Volcanique (€23) and, from the fourth and last table, its opposite number from limestone soils, Gewurz Roche Calcaire (also €23). 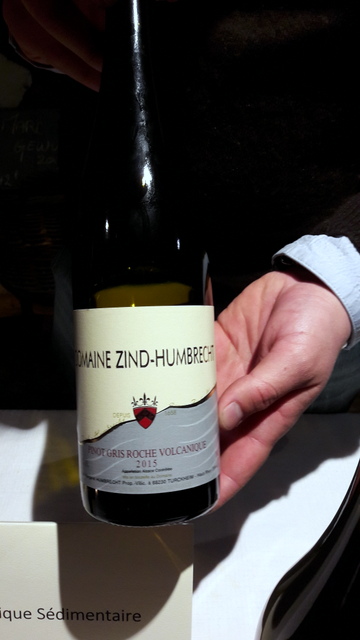 The final star (which bust the budget) was the wonderful Gewurz Clos Windsbuhl (€69), from their monopole between Riquewihr and Hunawihr, where sheep may (and do) safely graze. Beautiful poise and balance between sweetness and acidity, and a good one to go out on… 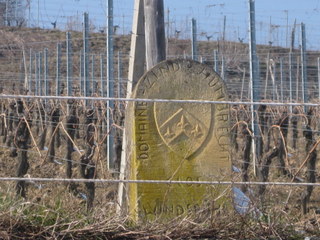 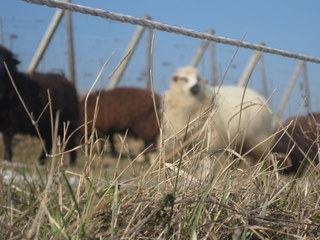